Assassin Dad and His Genius Daughter 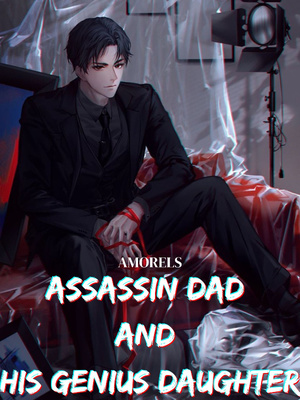 Assassin Dad and His Genius Daughter

The Night Killer was a notorious serial killer with an indestructible reputation transcending across all nations, targeting corrupted nobles and their subordinates. His resilient ambitions to exterminate the monarchy and destabilize the relations between the nobility and its monarch made him do unspeakable things, going as far as to bed the Queen with the aim of controlling the royal court.

Due to his 'carelessness', he was ultimately arrested and brought to kneel among the people, ending his bloody reign of terror.

Having foreseen his inevitable doom, he had made preparations in advance. He had ordered his closest companion to end his life on the day of his execution.

Having been reborn into the body of Ren Ye, he was met with the presence of an adorable little girl in his life, calling out Papa whenever she sees him and giving kisses on his cheeks.

Likewise, a system was awakened inside of him, and evil transmigrators ascended on Earth, threatening the safety of him and his beloved.

Follow along his journey from a callous and ruthless murderer to becoming a warm and loving father to his daughter, while fighting off evil forces and keeping Earth a peaceful place for his family to live.