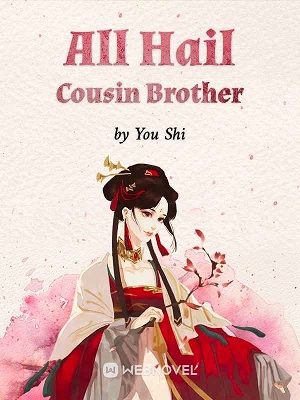 Yu Youyao had a nightmare. In her dream, she was married to the Marquis’ son, Song Mingzhao, and had become a mere medicine-human for her third sister, Yu Jianjia. After having blood extracted from her heart for three years, Yu Youyao’s life was nearing its end, so her wrist was slit and she died just like that.

Upon waking up, her heart thumped wildly and she decided to choose the first man she saw to escape that tragic fate. Thus, she clung onto the leg of her maternal cousin who had come all the way from the You Kingdom. “Cousin, I’ll be good to you for the rest of my life.”

Zhou Linghuai looked at the girl nestled in his arms. She had a lovely face and puppy eyes. Despite his usual ruthlessness, he suddenly found himself unable to reject her. And so, he became Yu Youyao’s protector, helping her to take revenge on those who bullied her, fend off the schemes of others, and reject all of her suitors. He even helped her attain glory and magnificence.

Once Yu Youyao reached adulthood, events started to progress according to her dream. The Marquis’s son, Song Mingzhao, had indeed come to request for her hand in marriage. However, Zhou Linghuai pressed Yu Youyao against the wall and said in a low voice, “You’re mine. You can’t marry anyone else!”