After I Maxed All My Weapon Proficiencies 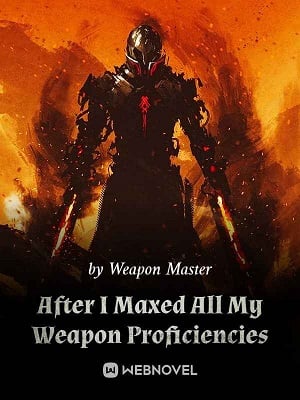 After I Maxed All My Weapon Proficiencies

You’re Reading After I Maxed All My Weapon Proficiencies Novel at ReadNovelDaily.

It was the year 2050. The world had released an online game, “Second World”, that shocked the public beta. Gold from the game could be exchanged for real-life currency, attracting countless players. Every country in the world fought for game resources. The main character immediately entered the game after this wave.

After entering the game as an adventurer (job before job change), he stepped into the first stage of his life. It was a stage that even a child could pass.

He thought that it was a normal stage. However, he did not expect to be locked into the game and continuously repeat the stage!

As time passed, the stage finally let him pass as per normal a thousand years later. He finally left the dungeon after clearing the stage. It was only now that he realized that this was only the second day of the game!

He realized that this was not a dream after he saw his attribute panel. What followed was a variety of system notifications!

“As your proficiency as an adventurer has overloaded and you have not changed your job in a long time, you can now undergo a unique job change as we have detected your proficiency with weapons—Battle God!”

A deep crack appeared on the ground when he struck the level 1 wild monster with the small wooden sword in his hand!