After Divorcing, She Became An Absolute Beauty 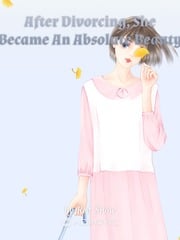 After Divorcing, She Became An Absolute Beauty

You’re Reading After Divorcing, She Became An Absolute Beauty Novel at ReadNovelDaily.

Du Jiuyuan lay in a grave of love for three years. Finally, her heart was as dead as ashes, she gave up on finding love and decided to go down a career path of a strong woman. But what was going on with her ex-husband? He used to be someone whom she would only see once every four to five months. Why was he appearing in front of her now and then? When she talked to others about collaboration, he would coax her from behind. “Yuan Yuan, this person is unreliable. Let me invest in her for you, okay?”

When she got into conflict with others, he would support her from behind. “Yuan Yuan, don’t be afraid. Your husband is Ji Jinchen. Don’t worry about her.” Du Jiuyuan was speechless. “…” Please take note that it was her ex-husband who divorced her. One day, when a male colleague sent her home after a meal, she was seen by Ji Jinchen. The man blocked her at the foot of the wall and questioned her in a low voice. “Don’t be with others, otherwise… I will lose my mind.

Later, Du Jiuyuan rose to the top of her career and attracted countless suitors. One such suitor gave her a bouquet of roses and the next day, her office became a sea of flowers. Some suitors gave her desserts that could only be bought after queuing up. The day after that, her office would be flooded with desserts. Some suitors gave her a pet… Du Jiuyuan went crazy. “Ji Jinchen, if you dare to give me a house full of pets, I will fight it out with you!”

Ji Jinchen said, “Jiuyuan, forgive me for being stupid and not seeing your grievances, but you have to believe that from the moment I married you, I never thought of getting a divorce. Du Jiuyuan: I thought that the man I loved for seven years was a stone that couldn’t be covered up, but then I realized what kind of fiery heart was hidden in this stone.”