Accepting My Massive Inheritance After Divorce 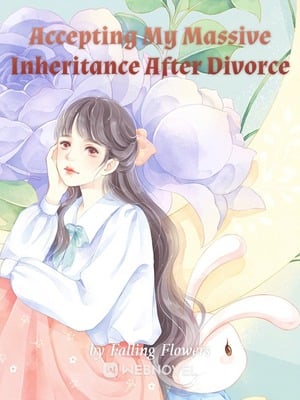 Accepting My Massive Inheritance After Divorce

Shen Yan insisted on marrying this Fu Hang even at the risk of being abandoned by her family and relatives. She thought that after three years, she would be able to melt the ice in his heart. However, when this man detained her and forced her to kneel in front of his family to confess to mistakes she never committed, Shen Yan realized that this man’s heart was made of ice.

When she fell into the water alongside her elder sister-in-law, Lin Xing, Fu Hang jumped down at the first moment and saved Lin Xing. He carried Lin Xing to the hospital while Shen Yan, who did not know how to swim, could only wait for the guard to save her. The child in Lin Xing’s stomach could not survive the ordeal and she had a miscarriage.

Fu Hang brought Shen Yan to his family without any explanation and asked her to kneel and admit her mistake. His eyes under his sharp brows were piercingly ruthless as if he stabbed a knife into Shen Yan’s heart. “After Big Brother passed away, he only left a child behind. You shouldn’t have killed this child!” “I didn’t do it. She jumped down herself!” “What are you waiting for?

Kneel and admit your mistake!” Three years into her marriage, Shen Yan was convinced that even a dog was more valuable than her in the Fu family, what more Lin Xing who Fu Hang really loved. Right before one of her kneecaps was about to land on the ground, Fu Hang still thought that Shen Yan would admit to her mistake.

Little did he expect Shen Yan to slowly straighten up and said, “Fu Hang, let’s divorce. I’ll just pretend that I fed the past three years to the dogs. Nobody is worth wasting my youth on after this!” Therefore, Shen Yan decided to return home and accept her inheritance that was worth hundreds of billions. A glorious life awaited!