A Beautiful Luna After Rejection 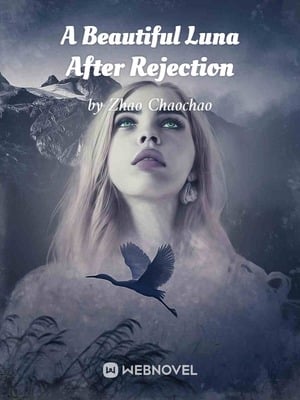 A Beautiful Luna After Rejection

You’re Reading A Beautiful Luna After Rejection Novel at ReadNovelDaily.

Cecily was a scrawny girl with no friends. However, like all other girls, she yearned for true love. She always had a crush on Robert, Alpha’s son in their Pack. However, on her eighteenth birthday, she found out that Robert was her Mate!

Before she could hug him in excitement, Robert had already flung her hand away like a piece of trash. “You will not become my Mate. Pretend that nothing happened today. Leave and watch your mouth. Do not say anything that you should not say!”

Robert publicly ogled at the sexy, beautiful blonde Alison at their high school graduation. The graduation trip changed Cecily, making her stronger, more confident, more vibrant, and more beautiful and sexy. Furthermore, Robert, who met her on his college campus again, began to pursue her. “You should be my Luna. We will live together from now on. We will have lots of kids. They will be healthy and smart.” Robert’s eyes were filled with lust. Robert’s pestering made Cecily feel disgusted and nauseated!

As Cecily could not protect herself from Robert due to the difference in strength, Michael appeared. “Your actions make you unworthy as an Alpha.” Michael looked at Robert with disdain.

During Robert’s inauguration as Alpha, Cecily could no longer tolerate his pestering. “I, Cecily Levin, reject Robert Paslo as my mate.” When Robert was furious and in pain, wanting to hurt Cecily, Michael appeared again! “Cecily was the Mate arranged by the Moon Goddess for me.” Michael looked at Cecily gently. “Whoever dares to touch her is disrespecting the royal family.”